The only consoles designed to play the best games of the past present and future. Play over 1300 great games from the biggest blockbusters and most popular franchises to three generations of favorites you can play again or experience for the first time. The best in 4K entertainment.

Shop at your price

Offer what you want to pay

Love it or send it back hassle-free

Bring your games and movies to life with immersive audio through Dolby Atmos and DTS: X. 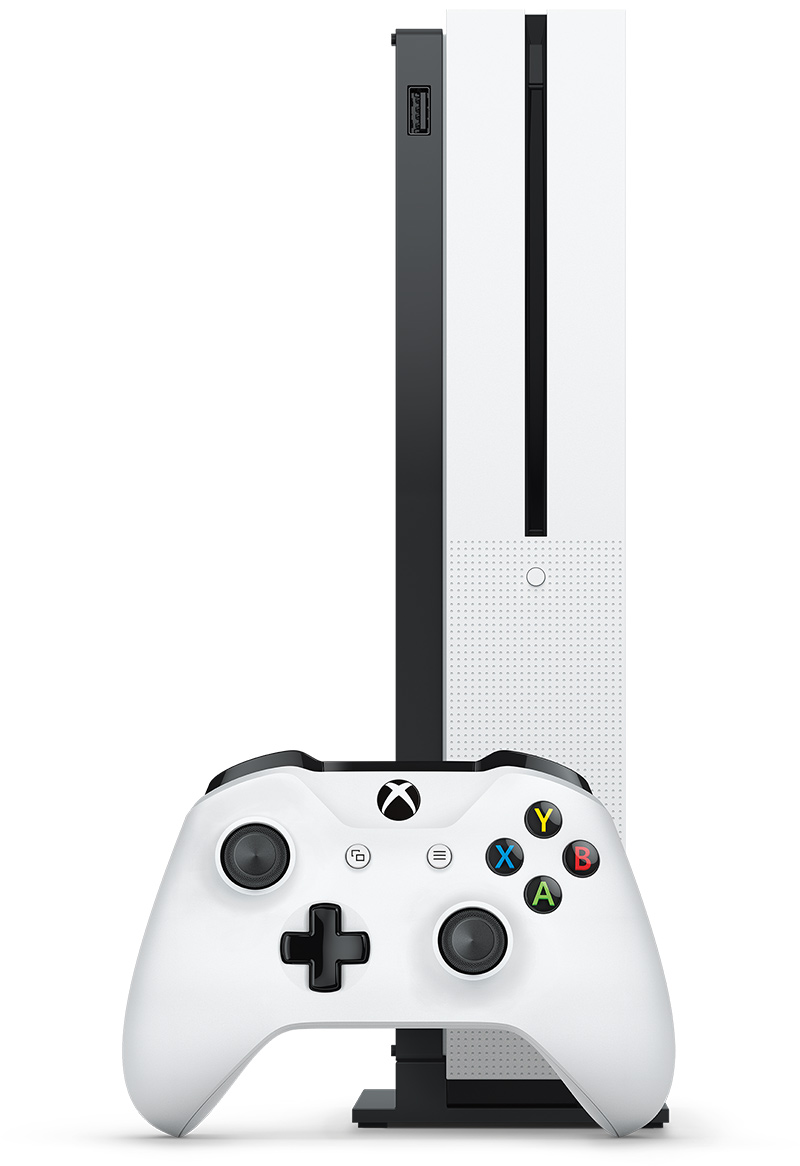 Bring your games and movies to life

The benefits of High Dynamic Range

Experience richer more luminous colors in games like Gears of War 4 and Forza Horizon 3. With a higher contrast ratio between lights and darks High Dynamic Range technology brings out the true visual depth of your games.

They Will Know Your Name

NBA 2K celebrates 20 years of redefining what sports gaming can be from best in class graphics & gameplay to groundbreaking game modes and an immersive open-world Neighborhood. NBA 2K19 continues to push limits as it brings gaming one step closer to real-life basketball excitement and culture.

Harness your MyPLAYERs full basketball potential with the new Takeover feature. Unlock special moves and abilities never before seen on the court or activate Team Takeover and unleash the power of your full squad.

You wont want to miss a single day in the updated Neighborhood. Make a name for yourself on the court at the Under Armour Cages and during live events on the block. Ball until dawn with new day to night transitions walk on at the Jordan Rec Center or get the old Crew back together for exciting 3 on 3 streetball action.

Create your very first MyPLAYER card and ball with LeBron Kobe and the rest of your collection in a variety of competitive modes. Introducing the new Unlimited mode allowing you to pick any five cards from your deck without restrictions and battle against other players online.

From neighborhood legend to global phenomenon. The original career story mode returns with an all-new immersive narrative charting your journey from China to the G League and eventually the NBA. Featuring an all-star cast endorsements tied to your popularity and new team chemistry elements that allow you to dominate the hardwood.

Powered by Frostbite* EA SPORTS FIFA 19 delivers a champion-caliber experience on and off the pitch. Led by the prestigious UEFA Champions League FIFA 19 offers enhanced gameplay features that allow you to control the pitch in every moment and provides new and unrivaled ways to play including a dramatic finale to the story of Alex Hunter in The Journey: Champions a new mode in the ever-popular FIFA Ultimate Team and more.

The third installment and dramatic finale of the story driven narrative The Journey concludes in FIFA 19 for the PlayStation 4 Xbox One and PC. In The Journey: Champions take control of iconic young footballer Alex Hunter and pursue Champions League glory. More details around the mode to be released in August 2018

Build your dream squad from thousands of players and compete in the most popular mode in FIFA. Featuring content from UEFA Champions League and Europa League the world's most prestigious club competitions come to life with live content in FIFA 19 Ultimate Team. More details around the mode to be released in August 2018.